The Guardian:
Artists like me are being censored in Germany – because we support Palestinian rights

A 2019 parliamentary resolution has had a chilling effect on critics of Israeli policy. Now the cultural sector is speaking up 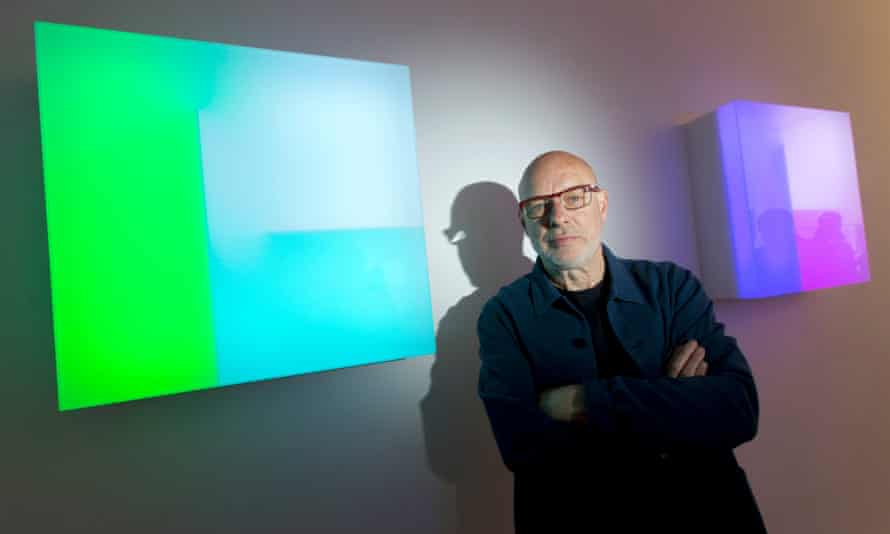 I am just one of many artists who have been affected by a new McCarthyism that has taken hold amid a rising climate of intolerance in Germany. Novelist Kamila Shamsie, poet Kae Tempest, musicians Young Fathers and rapper Talib Kwelli, visual artist Walid Raad and the philosopher Achille Mbembe are among the artists, academics, curators and others who have been caught up in a system of political interrogation, blacklisting and exclusion that is now widespread in Germany thanks to the passing of a 2019 parliamentary resolution. Ultimately this is about targeting critics of Israeli policy towards Palestinians.

Recently, an exhibition of my artwork was cancelled in its early stages because I support the nonviolent, Palestinian-led Boycott, Divestment and Sanctions (BDS) movement. The cancellation was never publicly declared, but I understand it to have been the consequence of cultural workers in Germany fearing that they and their institution would be punished for promoting someone labelled as “antisemitic”. This is the work of tyranny: create a situation where people are frightened enough to keep their mouths shut, and self-censorship will do the rest.

But as my own story is relatively minor, I’d like to tell you about my friend, musician Nirit Sommerfeld.

Nirit was born in Israel and raised in Germany, and retains her lifelong connection to both places, including to her extended family in Israel. As an artist, she has been dealing with the relationship between Germans, Israelis and Palestinians for more than 20 years in songs, texts and performances, dedicating all her shows to international and inter-religious understanding.

Yet now Nirit finds herself unable to do her cultural work freely. When considering her application for arts funding, state officials have told Nirit they needed to vet her work; when trying to book a concert venue in Munich, her hometown, she was told by the organisers that the show would be cancelled unless she confirmed in writing that it would feature no “support for the content, topic and goals” of the BDS campaign. She has repeatedly been a target of smear campaigns.

Why has this happened?

Because she has spoken about what she has seen with her own eyes: Israel’s racist laws against its own citizens who are Palestinian; Israel’s military checkpoints, house demolitions, the separation wall, the land-grabs, the incarceration of children, and Israeli soldiers humiliating and killing Palestinians of all ages. She has witnessed the illegal use of phosphorus bombs against Gaza and the indifference – at best – of many in Israeli society.

I asked Nirit how she feels about the situation: “After returning for two years to Tel Aviv, and many visits to the occupied Palestinian territories, I understood that Israel doesn’t live up to its professed high moral standards. The lesson learned from the Holocaust was ‘Never again!’ But is it intended only to protect us Jews? For me ‘Never again!’ must include ‘never again to racism, oppression, ethnic cleansing anywhere – as well as never again to antisemitism’.”

Nirit’s music celebrates her Jewish past and present through song. As an artist whose grandfather was murdered in the Nazi genocide, she finds it “profoundly disturbing” that she is subject to censorship and inquisitorial McCarthyism by German public officials and institutions.

In Nirit’s view: “When defenders of Israel insist that these occupation and apartheid policies are done in the name of all Jews worldwide, they fuel antisemitism. Fighting antisemitism should not and cannot be done by demonising the struggle for Palestinian rights.”

Nirit’s experience is an example of the Kafkaesque situation we’ve drifted into: a Jewish woman, whose work is all about history, memory, justice, peace and understanding, falsely accused of antisemitism – by German institutions. The absurdity of the accusation makes one thing clear: this isn’t actually about antisemitism at all, but about limiting our freedom to discuss the political and humanitarian situation in Israel and Palestine.

So how has this situation come about?

In 2019, a vaguely worded non-binding parliamentary resolution was passed in Germany, falsely equating the BDS movement with antisemitism. In a short space of time, this resolution has paved the way for an atmosphere of paranoia, fuelled by misinformation and political opportunism.

BDS is a peaceful movement that aims to pressure Israel to end its violations of Palestinian human rights and to respect international law. It is modelled on precedents from the US civil rights movement, and most famously the movement against apartheid in South Africa. It targets complicity with an unjust regime, and it targets institutions, not individuals or identity. BDS alerts public consciousness to an untenable and deeply unjust status quo and mobilises action to end any involvement in sustaining it.

Yet festival directors, programmers and entire publicly funded institutions are subjecting artists to political tests, checking if they have ever criticised Israeli policy. This system of surveillance and self-censorship has come about because cultural institutions find themselves under attack by anti-Palestinian groups when they invite an artist or academic who holds a view of Israel’s occupation deemed unacceptable to them.

To give one example among many, the director of Berlin’s Jewish Museum, Peter Schäfer, was forced to resign after the museum tweeted the link to an article in a German newspaper about an open letter by 240 Jewish and Israeli scholars, including leading experts on antisemitism, that was critical of the anti-BDS resolution.

But now, in an unprecedented move, representatives of 32 of Germany’s leading cultural institutions, including the Goethe-Institut, have spoken out together, expressing alarm about the repression of critical and minority voices in Germany as a result of the parliament’s anti-BDS resolution.

Their joint statement says: “By invoking this resolution, accusations of antisemitism are being misused to push aside important voices and to distort critical positions.” A few days later, more than 1,000 artists and academics signed an open letter supporting the protest by cultural institutions.

At a time when colonial legacies are increasingly being questioned, discussing this particular instance of ongoing colonialism is instead becoming taboo. But it has never been more urgent: the situation for Palestinians living under apartheid and occupation worsens by the week.

We should all be alarmed by this new McCarthyism. Artists, like all citizens, must be free to speak out and take meaningful action, including principled boycotts, against systems of injustice. If left unchallenged, the silencing of dissent and the marginalisation of minority groups will not stop with Palestinians and those who support them.

PLEASE HELP BOBI WINE AND THE PEOPLE OF UGANDA URGE THE INTERNATIONAL COMMUNITY TO PLAY AN ACTIVE ROLE CALLING ON THE UGANDA GOVERNMENT TO HOLD FREE AND FAIR ELECTIONS WITHOUT INTIMIDATION AND VIOLENCE!